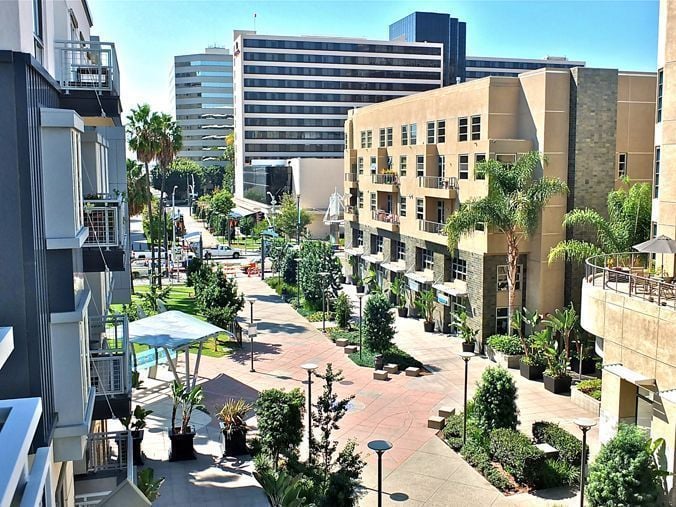 Across the country, people are taking direct action to build a society they want to see, and are changing their lifestyle to go along with it. One of the biggest shifts is a movement away from the suburbs and into the cities, suggesting that priorities are shifting among the younger generation, who believe that suburbs are, well, boring.

A growing body of research shows that time in our cars make us unhappy and unwell, and young people around the world are deciding that a life based on eating and buying local, walkability, bike lanes, and good community beats the crap out of spending half their non-work waking hours driving and stuck in traffic.

San Francisco’s Union Square is a perfect model of walkability.

This Time Magazine article is titled boldly: The new American dream is living in a city, not owning a house in the suburbs. The article states that in just the past decade, there has been a surge of migration to the cities across America. The UN estimates that about 54% of the world’s population lives in cities, and this number is expected to increase greatly in the next few decades (to 70%).

Time Magazine explains that for millennials today, leaving Levittown for the bright lights of downtown has become a rite of passage. David Crowe, the chief economist for the National Association of Homebuilders, says that, “The 25- to 34-year-old age group is focused on living near their peers. They want be socially engaged and live near work. They want to reduce their automobile use. All of those things aim at high-density, urban-type living.” This has led to a burst of inner city development in cities large and small across the country, as younger people want to be surrounded by, “great public spaces, walkability, diverse people and activities with which they can participate,” says Ellen Dunham-Jones, an architecture and urban design professor.

And as people move more into the cities, blighted areas take on new life, and downtown areas are restored or revitalized, with Detroit leading the way! As the cities across the world begin to shift, there seems to be less room for the big-box stores of the suburbs. Yes! Magazine explains that small scale businesses are the key to urban revitalization. The article header states, “blight can be contagious, but so can renewal.” Samuel Dolgin-Gardner writes that, “Even small businesses […] can have dramatic multiplier effects on the local economy.”

Small businesses are able to partner with non-profits, which can then help finance a project that the city or state just doesn’t know what to do with it. Economic development programs can help boost job creation, plan neighborhood development in industrial or unusable areas and generally connect with the regional economy: good for business owners, good for consumers and good for the tax base! Dolgin-Gardner writes that, “Businesses receiving grants improve their facades, renovate vacant buildings and promote foot traffic. For the neighborhood, it means new professional and blue-collar jobs and tax revenue from a thriving downtown where people can walk, shop, dine and connect in renovated historic buildings.”

While growth in downtown living environments is America’s most surprising real estate boom, urban renewal is often criticized for bringing on a wave gentrification and displacement of low-income residents and/or communities of color. High-tech and finance jobs tend to concentrate in cities, which may displace residents towards the suburbs in an interesting demographic switch from the ‘white flight‘ of the mid 19th century. This is a huge issue in San Francisco, where rising rents and new development has displaced many long-time residents and has the fastest growing income disparity in the country. This can also be seen in Washington DC, where the “young, white Millennials have moved into the city while 35,000 African Americans have left.”

On a recent trip across the country, my partner and I found small downtowns thriving: Jacksonville, FL, Raleigh, NC; Asheville, NC; West Palm Beach, FL; and yes, Detroit, my home state. Detroit, previously a scary, mostly abandoned urban environment, now has riverfront breweries, hip downtown bars, and a thriving gambling scene– all of which is bringing people like my solidly suburban parents, into the downtown areas again! 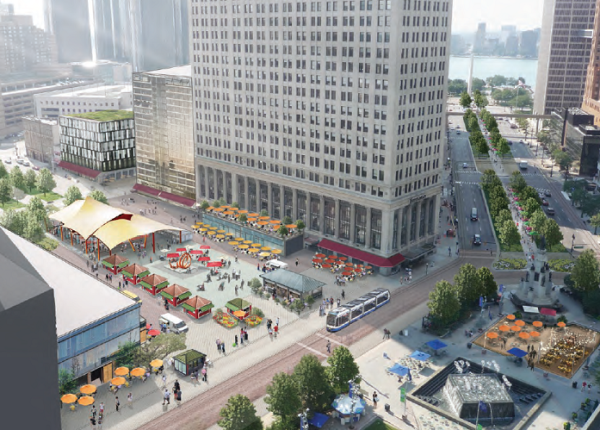 The vision for a more livable Detroit.

Here are some great resources to learn more about urban revitalization!