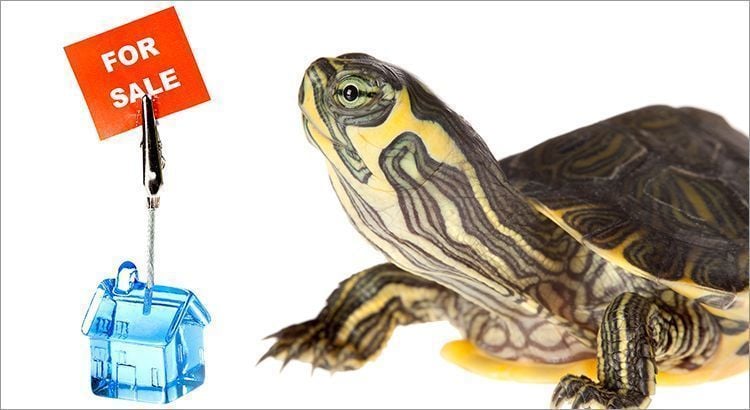 shannonjones May 26, 2015 Real Estate , Selling a Home Leave a Comment

The National Association of Realtors (NAR) recently released the results of their Existing Home Sales Report. Despite the fact that properties are selling faster than they have at any other time since July of 2013, existing home sales declined 3.3% from March.

NAR’s Chief Economist Lawrence Yun explained the main reason for the slowdown: “April’s setback is the result of lagging supply relative to demand and the upward pressure it’s putting on prices.”

They certainly haven’t cratered! April marked the second month in a row that the annual sales pace remained above the five million mark (5.04 million). Year-over-year sales have increased for seven consecutive months and are still 6.1% above a year ago.

Every month, SentriLock, LLC provides NAR Research with data on the number of homes shown to potential buyers. This data is referred to as ‘Foot Traffic’ and is a great predictor of future sales and buyer demand. In April, buyer demand remained at the same level experienced in March.

So why did sales go down?

Buyers who are ready and willing to make a purchase are entering a market where their dream house may not have been listed yet. They can’t find it! Or if they find it, it happens to catch the eye of other buyers and an ‘auction like environment’ begins. Multiple offers and bidding wars are back with a vengeance, in Long Beach and many other parts of the country.

“Housing inventory declined from last year and supply in many markets is very tight, which in turn is leading to bidding wars, faster price growth and properties selling at a quicker pace,” says Yun. “To put it in perspective, roughly 40 percent of properties sold last month went at or above asking price, the highest since NAR began tracking this monthly data in December 2012.”

The median home price of existing homes sold in April was $219,400, which is 8.9% higher than last year, and marks the 38th consecutive month of year-over-year price gains.

So how do you make sense of everything that’s going on in the housing market when there are so many conflicting headlines on the same report?

“The bottom line is this: don’t make decisions based on newspaper articles. Read the actual press release, including the methodology, and make sure the results jive with other data points and qualitative feedback you receive.”

If you are one of the many homeowners out there realizing that now may be the time to list your home for sale, or one of the many renters debating a purchase, let’s get together and talk about what’s really going on in the market!