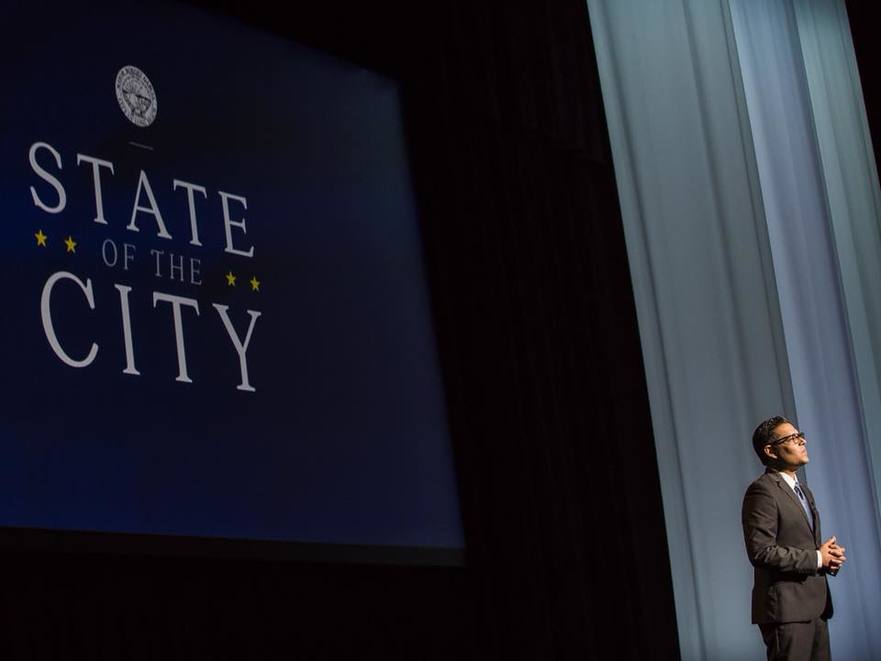 Mayor Robert Garcia delivered his fourth State of the City Address on Tuesday, giving special attention to California’s housing and homeless crises and their impact on Long Beach.

“California has not built enough housing to sustain the growth of our state’s population,” Garcia said. “We need housing of all types but especially for seniors on a fixed income, working families, college students, and those experiencing homelessness.”

“Now I support this effort and I hope you all will too,” Garcia said. “It’s coming to the City Council soon.”

Homeowners also might be interested to know the voter-approved Measure A sales tax initiative, which allows Long Beach to invest $380 million in local infrastructure and public safety agencies, continues to be implemented. Specifically, there is a five-year plan to repair and rebuild city parks, roads, and sidewalks.

As a fan of data, Garcia also threw out some impressive statistics, including the planned replacement of 25,000 energy efficient LED street lights. In 2017, the Long Beach Clean Team picked up 600 tons of litter and nearly 16,000 mattresses.