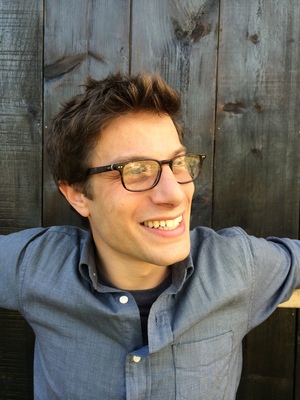 Architect Andrei Pogany has seen booming demand in recent months for accessory dwelling units, commonly known as granny flats. The Los Angeles-based principal of Pogany Architecture was interviewed by KPCC and shared how most of his business a year ago was designing single-family homes, now half of his clients are looking to build an ADU.

According to UC Berkeley’s Terner Center for Housing Innovation, 42 applications for ADUs were filed with the city of Long Beach last year as of Nov. 1. This up from just one application in 2016. These statistics also went up in 2017 for cities from San Diego to San Francisco but the number of applications exploded to nearly 2,000 in Los Angeles.

ADUs are growing in popularity among homeowners partly because they provide an additional revenue stream and allow for multi-generational households. State lawmakers passed new regulations in 2017 that prohibit local officials from requiring on-site parking as a condition of approval in most cases. ADU boosters claim the construction of more granny flats is a relatively low-cost tool for alleviating California’s affordable housing crisis.

With a team of two, Pogany is currently restricting his business to East LA so he can more easily conduct site visits. Here are his answers to five questions on this innovative housing trend.

How did you get so interested in ADUs that you started blogging on this topic?

It’s definitely a larger part of what’s going on in the area these days.

The clients kept asking me to do more and more of these ADUs. It seemed like a good idea to start a site where people could go to find that information.

The better informed my client is the better it is for all of us.

What’s the biggest mistake people make when designing/building an ADU?

I think underestimating the scale of the project. I think people forget that even though it’s called an accessory unit and it’s kind of thought of as a second back house it’s still complicated. You’re building a home despite the fact that it’s small. You still have all the electrical and the plumbing and you have the energy efficiency stuff. And you still have all these code requirements to put into a whole new home, plus you’re building it small.

So even though the project’s budget is smaller than a whole ground-up home it still requires the same coordination and foresight, and then there’s your structural, electrical, and mechanical engineers. It’s fun for me because it’s like building a whole new ground-up mini home but it does take that coordination.

What’s the easiest way to find out if your property qualifies for an ADU?

You should talk to your local building department authority. They often have handouts.

I’d couple that with some understanding of your zoning. In LA you have to be R-1 zoned for single-family dwellings. You also have to have the square footage requirement. Another trick to remember is in doing garage conversions, you can convert your garage to an ADU but the new work has to conform to current code. That trips people up a bunch because you can keep their garage wall that’s existing up to the property line but the new work has to have a five-yard setback under LA county law.

Any thoughts on attached vs. detached accessory dwelling units?

We’re doing more detached because it’s easier. I don’t think we’ve done any attached. An attached ADU is kind of like a duplex but it’s not. I’ve had discussions with people at the Building Department about that. It comes down to parking and square footage.

For what clients are looking for, detached tends to work out better. For a lot of the clients it’s a rental or it’s a short-term rental, or the idea of having in-laws eventually move in there.

The detached unit allows you to have your in-laws or your grandparents on site but not literally in your house.

What are your thoughts on adding a second story to an existing structure such as a garage?

It’s totally fine except that people often forget you have to structurally upgrade the preexisting structure, so again it’s a cost people often don’t think about. About 95 percent of garages that are existing out there were never designed or engineered to have a second floor. You’re looking at rebuilding most of it.

A lot of the tight lots we work with in South Hollywood or Echo Park must have parking so having that space above the garage is worth it.