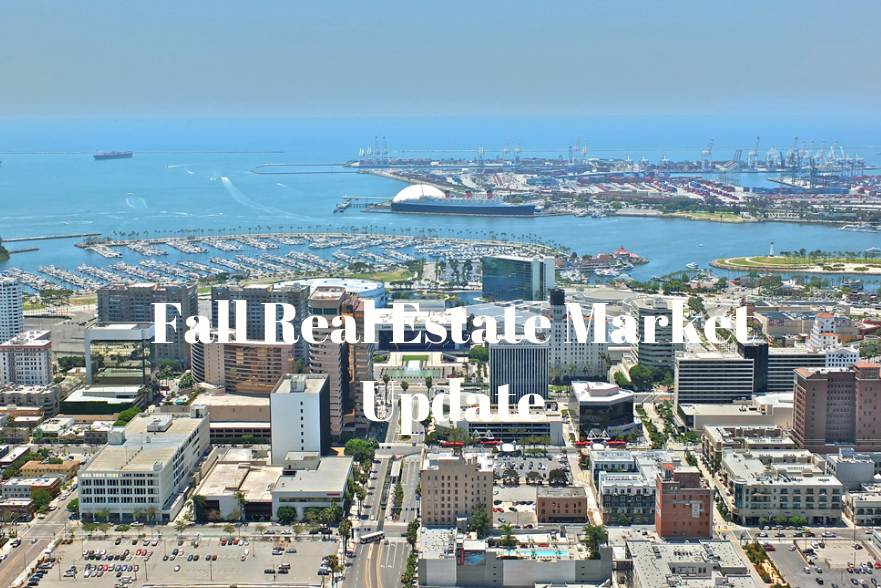 Is The Real Estate Market Finally Getting Back to Normal?

The housing market has been anything but normal for the last eleven years. In a normal real estate market, home prices appreciate 3.7% annually. Below, however, are the price swings since 2007 according to the latest Home Price Expectation Survey:

After the bubble burst in June 2007, values depreciated 6.1% annually until February 2012. From March 2012 to today, the market has been recovering with values appreciating 6.2% annually.

These wild swings in values were caused by abnormal ratios between the available supply of inventory and buyer demand in the market. In a normal market, there would be a 6-month supply of housing inventory. When the market hit its peak in 2007, homeowners and builders were trying to take advantage of a market that was fueled by an “irrational exuberance.”

Inventory levels grew to 7+ months. With that many homes available for sale, there weren’t enough buyers to satisfy the number of homeowners/builders trying to sell, so prices began to fall. Then, foreclosures came to market. We eventually hit 11 months inventory which caused prices to crash until early 2012. By that time, inventory levels had fallen to 6.2 months and the market began its recovery.

Over the last five years, inventory levels have remained well below the 6-month supply needed for prices to continue to level off. As a result, home prices have increased over that time at percentages well above the appreciation levels seen in a more normal market.

That was the past. What about the future?

We currently have about 4.5-months inventory on a national level. Locally, that number is lower.  This means prices should continue to appreciate at above-normal levels which most experts believe will happen for the next year. However, two things have just occurred that are pointing to the fact that we may be returning to a more normal market.

Both existing and new construction inventory is on the rise. The latest Existing Home Sales Report from the National Association of Realtors revealed that inventory has increased over the last two months after thirty-seven consecutive months of declining inventory. At the same time, building permits are also increasing which means more new construction is about to come to market.

Ivy Zelman, who is widely respected as an industry expert, reported in her latest ‘Z’ Report:  “While we continue to expect a resumption of growth in resale transactions on the back of easing inventory in 2019 and 2020, our real-time view into the market through our Real Estate Broker Survey does suggest that buyers have grown more discerning of late and a level of “pause” has taken hold in many large housing markets. Indicative of this, our broker contacts rated buyer demand at 69 on a 0- 100 scale, still above average but down from 74 last year and representing the largest year-over-year decline in the two-year history of our survey.”

With supply increasing and demand waning, we may soon be back to a more normal real estate market. We will no longer be in a buyers’ market (like 2007-February 2012) or a sellers’ market, like we have been since March 2012.

Prices won’t appreciate at the levels we’ve seen recently, nor will they depreciate. It will be a balanced market where prices remain steady, where buyers will be better able to afford a home, and where sellers will more easily be able to move-up or move-down to a home that better suits their current lifestyles.

Rising interest rates also put a damper on buyer demand, and those are expected to continue to rise in 2019.

Returning to a normal market is a good thing. However, after the zaniness of the last eleven years, it might feel strange. If you are going 85 miles per hour on a road with a 60 MPH speed limit and you see a police car ahead, you’re going to slow down quickly. But, after going 85 MPH, 60 MPH will feel like you’re crawling. It is the normal speed limit, yet, it will feel strange.

That’s what is about to happen in real estate. The housing market is not falling apart. We are just returning to a more normal market which, in the long run, will be much healthier for you whether you are a buyer or a seller.

One thing that’s especially important in this market is to work with a local, experienced agent who understands the market and can advise you on how to adjust your strategy accordingly. 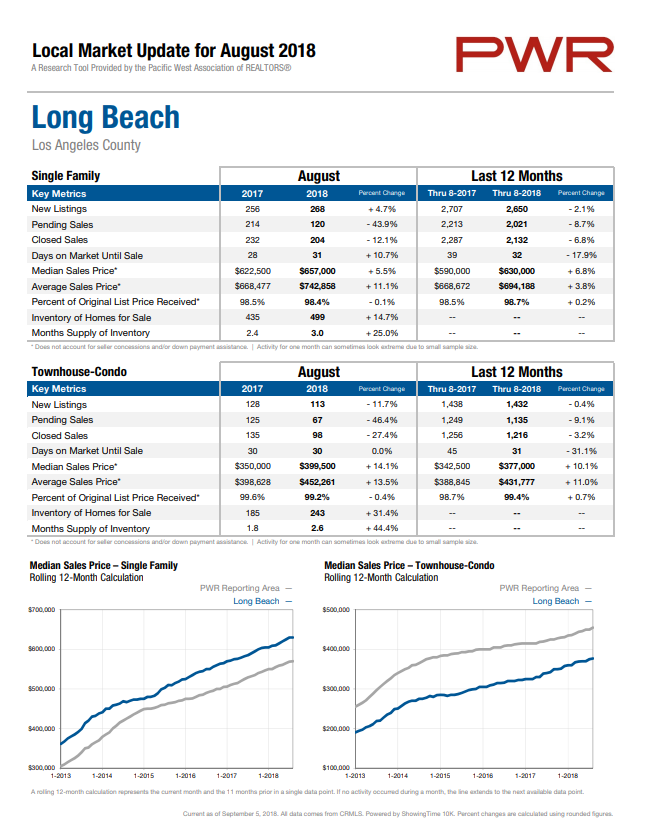 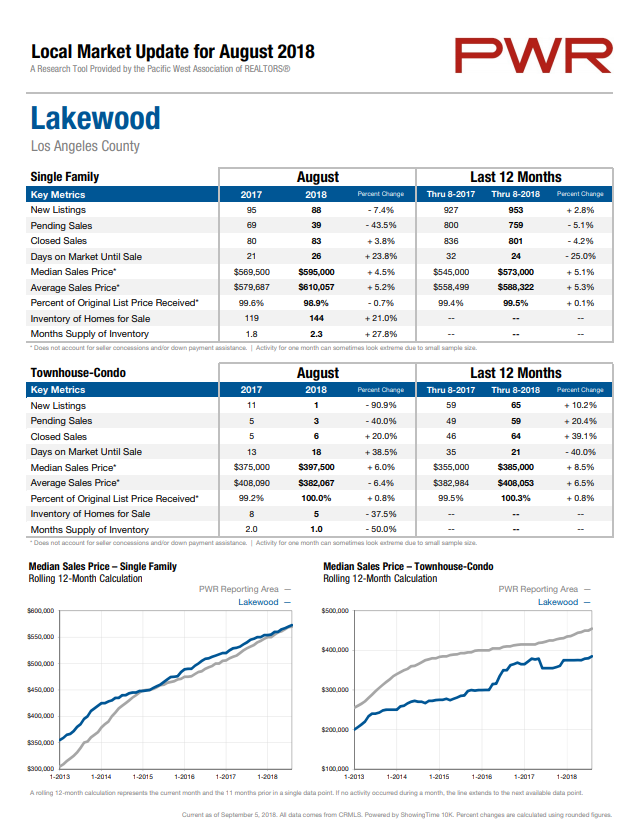 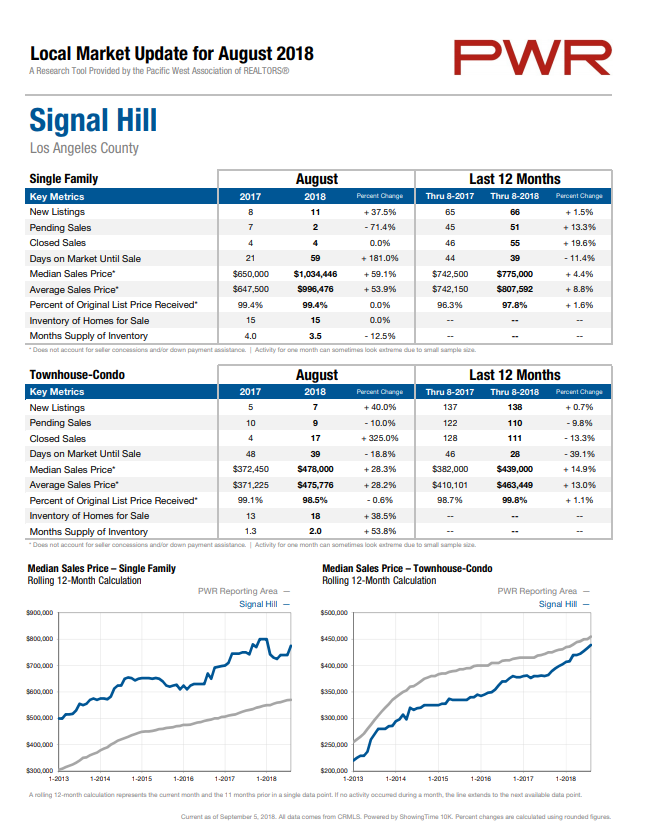