The Pike in Long Beach: Then & Now 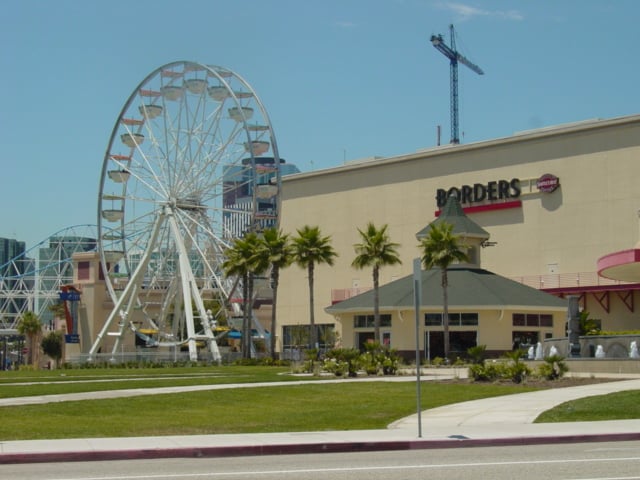 The Pike in Long Beach is a favorite destination for locals and tourists alike, but do you know what it used to be like down at the Pike?

Much like the Queen Mary or Rosie’s Dog Beach, The Pike is a huge part of the unique personality of the city of Long Beach. It’s a great place to go with your family for a sunny afternoon, do a little shopping, walk around, and grab a bite to eat. But do you know what the Pike used to be like? Ask anyone who was around when The Pike was in its glory days, and we assure you they will have at least a couple stories to tell! Learn a little more about the unique history of the Pike and see just how far this shoreline destination has come.

A Quick History Lesson on The Pike

The Pike was founded in 1902 as an amusement park and arcade. It was located along the shorelines of Long Beach just south of Ocean Boulevard, along with other locally owned arcades, food stands, gift shops, rides, and a grand bath house called The Plunge.

During its time there, the amusement park section of the Pike operated under a variety of different names, including Silver Spray Pier, Nu-Pikevia (that name was a contest winner’s submission), and also Queen’s Park as an homage to the arrival of the epic Queen Mary ocean liner.

The Famous Cyclone Racer and Other Attractions

While The Pike was in full swing as an amusement park, they had a roller coaster called the Cyclone Racer that really put them on the map. It was a large dual-track wooden roller coaster that brought thrills to all of its passengers because it was built on pilings that extended out over the water.

Visitors could also enjoy a variety of other attractions including the Loof carousel, McGruder salt water taffy, pitch and skill games, pony rides, and much more. It’s really fun asking people to tell their personal stories about The Pike—so the next time you’re around a long time Long Beach resident, make sure to ask them about it!

Sadly the Park Eventually Had to Close

Unfortunately in 1979 the Long Beach City Council refused to renew the land lease, and so the Pike amusement park was officially closed and demolished. It took over twenty years of planning and development for the Pike to be able to reopen.

Today we get to Enjoy The Pike Outlets

Today the Pike is actually known as The Pike Outlets. And rather than being an amusement park, it’s an open air shopping destination that boasts more than 344,000 square feet of retail space for shopping, dining, and entertainment. It’s a really fun place to go walk around, get some great deals at the outlet stores, (including Restoration Hardware, Nike, Gap, Forever 21, and more), catch a movie, grab a quick snack, or enjoy a delicious meal.

The Pike as an amusement park has provided so many wonderful memories for Long Beach locals who have been here for generations. While The Pike Outlets don’t have all the rides and attractions that The Pike used to have, it’s still a really fun place to get out and spend quality time with the family in Long Beach. Plus, they still have a Ferris wheel!

For some gorgeous aerials of The Pike and the rest of Downtown Long Beach, check out our neighborhood video.

If you’d like to move to the area, please fill out the form below and we’ll be happy to help!

4 responses to “The Pike in Long Beach: Then & Now”