Save the Port Mural 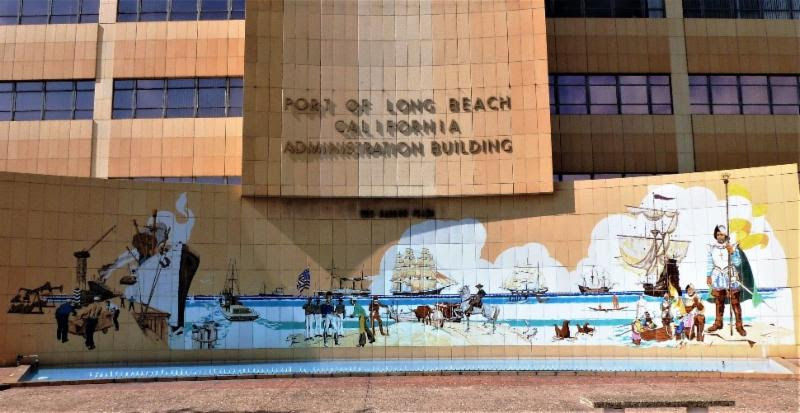 In an urgent and time-sensitive effort, the Long Beach Heritage Society is raising money to save and preserve the Historic Port of Long Beach Gladding McBean tile mural. This 74-foot mural is located on the outside of the old Port of Long Beach Administration building, which is scheduled to be demolished sometime this summer. The mural is seen as a historic and valued part of Long Beach history, and deserves to be saved! 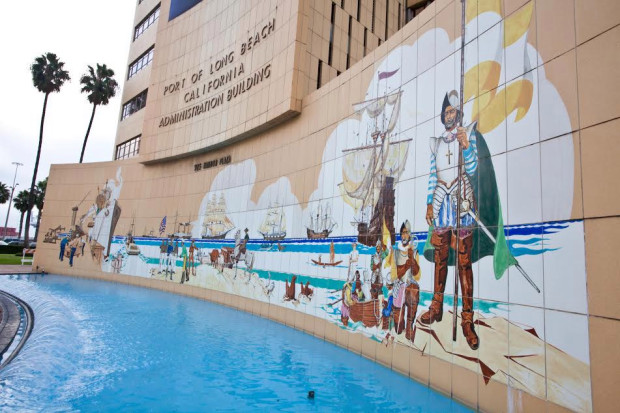 History of the Mural

This beautiful tile mural was created in 1959 and installed on the front of what was the Port of Long Beach Administration building. Architects for this project were Warren Dedrick and James R. Friend. The tiles for the mural were manufactured by the Gladding McBean Company, which was the premier California terra cotta company at the time. The artist, Paul Marciel Souza, used a method that employed direct painting on the tile bisque, and executed incredible detail and precision. The mural tells the story of the discovery of San Pedro Bay by Juan Rodriguez Cabrillo in 1542 through the development of the Port of Long Beach in 1959, making this both a beautiful and important depiction of Long Beach’s history.

The Long Beach Heritage Society has been working on saving the mural for the last 3 years, when it was first announced that the Port of Long Beach Administration building would be torn down. During their efforts, they have hired a well-respected tile and stone consultant company to research the mural during which it was discovered that the mural could be removed. The Port of Long Beach contributed to the research effort by financing the second phase of the research, including a test removal of some tile and the subsequent removal protocol.

Today, the Society knows that the mural can be safely removed from the wall and preserved, and have already selected a contractor to safely remove the mural, catalog it and pack it for storage. At this time, raising funds to aid with a timely removal of the mural is the main focus. It is estimated that the preservation work will cost $150,000 in total. The family of Warren Dedrick, one of the original architects, has already donated $100,000 to the preservation effort, leaving only $50,000 to go. 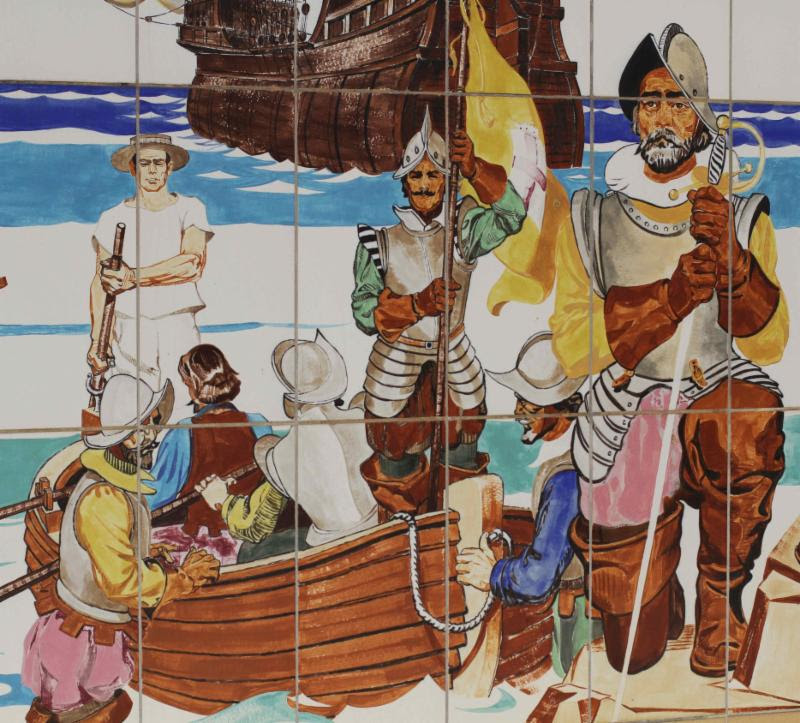 If you wish to donate to this cause, there are several ways to do so. Donations can be made on their Facebook page (https://www.facebook.com/LongBeachHeritage/posts/10156003278790399) or by mailing in a check to Long Beach Heritage, PO Box 92521, Long Beach CA 90809; please write PORT MURAL on the check.  You will receive a written confirmation for the payment. Any amount contributed can make a difference in this effort, and all donations are 100% tax deductible.

With the help of the community, this beautiful tile mural can be saved. The Long Beach Heritage Society is busy searching for a new home for the mural, and plan to relocate it somewhere in a public space, rather than a private space, so that the Long Beach community and visitors alike can enjoy this beautiful piece of history for years to come.