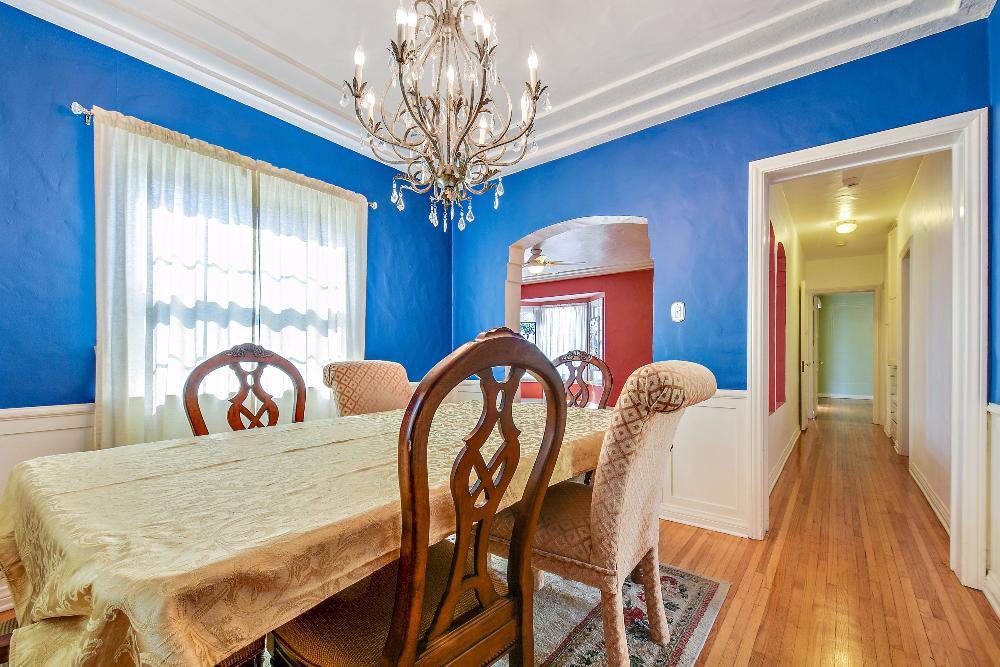 Every house we encounter has little details in it that make it unlike places we’ve been before, and often these things that define the character of the original owners. We’ve decided to showcase these little features that so often get overlooked in the “big picture” photos. One of our current properties at 2100 San Francisco Ave. in the Wrigley neighborhood of Long Beach could not be a more perfect house to begin these stories with. Full of Art Deco subtlety, 2100 San Francisco Avenue was built in 1935, within the last few years that the style had prominence before the ranch home would take prominence in American suburbia. Here’s a small sampling of the little details that take this property from house to home. 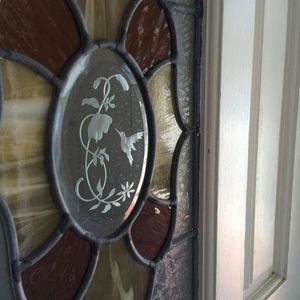 Gateway to the house, the front door is a vintage darling made of wood, stained glass, and a small hummingbird etched into the centerpiece. This frame and panel style door sits on the courtyard and leads into the living room. If you look through the glass of the hummingbird, you can see directly to the dining room and the glow of the chandelier that lies beyond, a warm invitation to visitors and family alike. 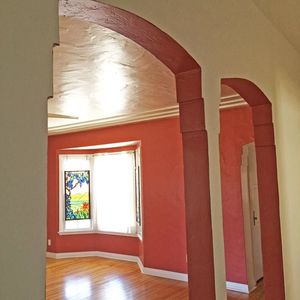 In the typical fashion of a home built in the 20s and 30s, a long hallway runs along the bedrooms and bathroom, but has been artfully brightened by opening the space up to the living room, where ample natural light floods the room. The arches are a stylistic slice of their time; a little bit Art Deco and a touch of Egyptian Revival make these arches a one of a kind detail that speaks to the era of Los Angeles and Long Beach in which 2100 San Francisco Avenue was built. 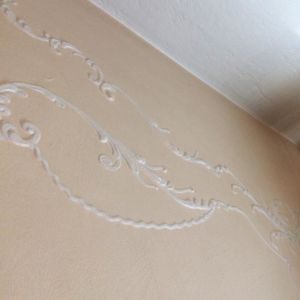 The bedrooms of 2100 San Francisco Avenue have a very unusual design feature that calls back to both the Art Deco and Art Nouveau periods. Popularized by Anaglypta and Lincrusta, raised wall designs first gained traction in the late 1800s and continued well into the turn of the century. A raised design adorns each bedroom, framing windows and wall features, notably in the master bedroom where a stepped ceiling adds more depth to the room. If you look in the images of the master bedroom and guest bedroom, you can see this subtle detail. 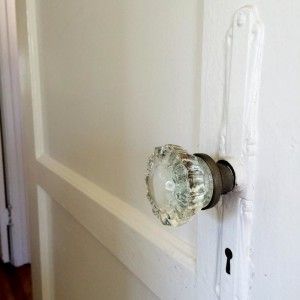 Glass door knobs come into prominence after the United States joined World War 1, in a time where metal was necessary for the war effort. Glass knobs, which had been in production since the mid 1800s, were a cheap alternative that would remain prominent until the 1950s. Typically faceted with either 6, 8, or 12 facets, this particular door handle to the master bedroom has a classic Art Deco base plate and 12 facets.  There are others scattered throughout 2100 San Francisco Avenue in varying shapes. 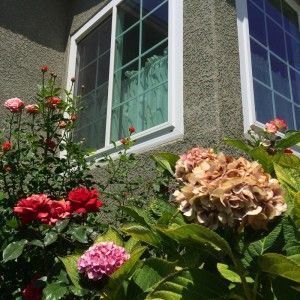 Running along the exterior of 2100 San Francisco Avenue is an abundance of well tended roses and hydrangea, soaking in the summer sun, and framing the windows of the dining room and kitchenette. Where much of southern California has become industrial and packed, the Wrigley neighborhood exemplifies the suburban neighborhood, with beautiful trees and rose-lined houses.

Making Others Love Your Home

What makes your home special is the things that stand out from the multiple properties that potential buyers will be seeing. While a blank slate creates the vision of ownership for as many people as possible, its often the case that buyers seek character that matches their own in a house. Keep the house neutral, but don’t be afraid to embrace what makes it special, from historical features to additions made over the years.

For more details on this home, please visit our listing for the property. Our team is happy to answer any questions you may have.