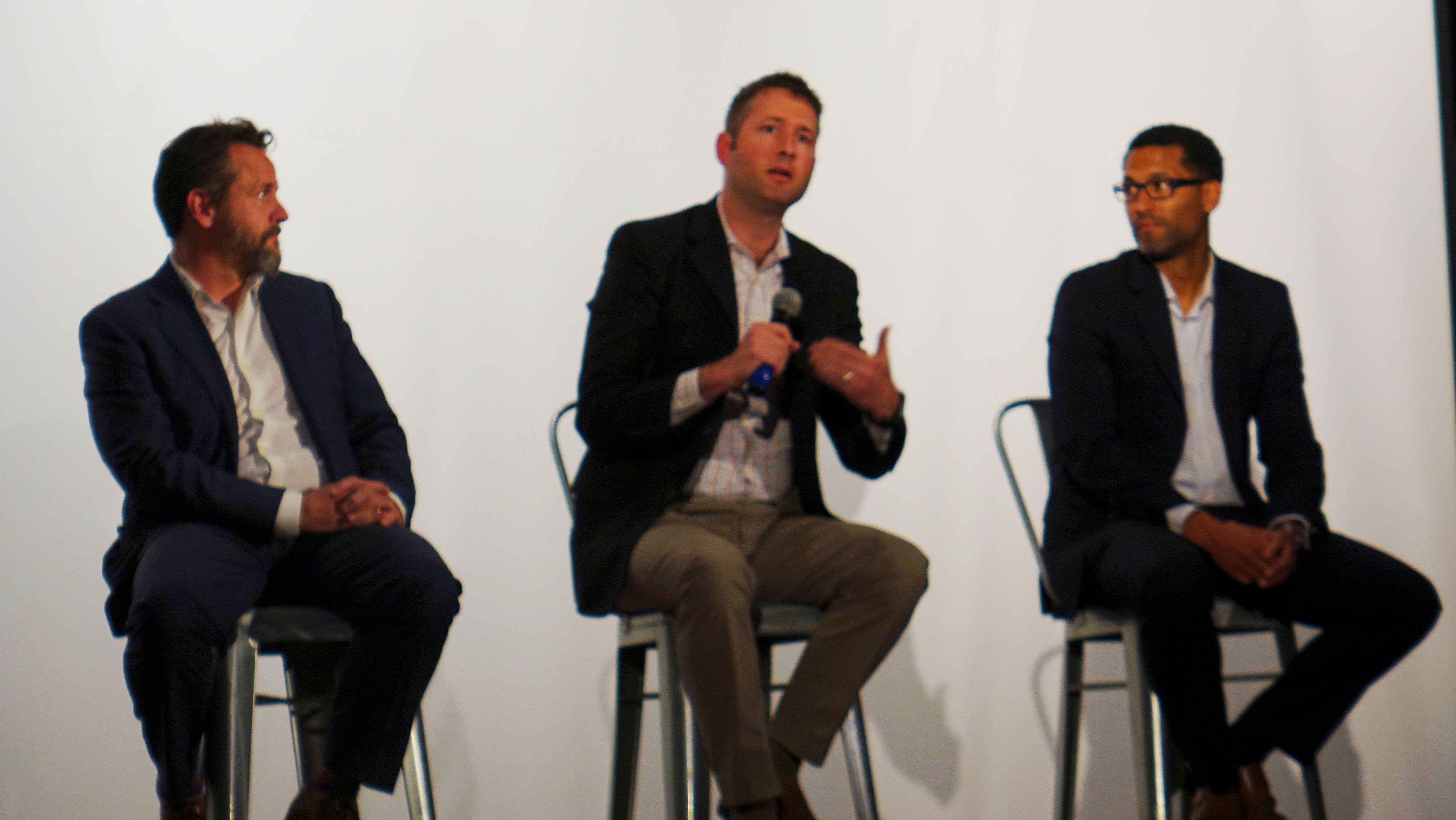 A core theme among panelists was that society should redefine “affordable housing” as “workforce housing,” considering the former term carries a negative connotation for numerous reasons.

The panel was the latest installment of Longbeachize’s Emphasize Housing Lecture Series and was moderated by local commercial developer Jan Van Dijs. The panelists were Michael Lens, a UCLA associate professor of urban planning and public policy; Michael Massie, senior vice president of finance for the nonprofit developer Jamboree Housing; and Judson Brown, housing division manager for the city of Santa Ana.

California lawmakers recently passed about 13 laws to address the housing crisis, Lens said. One of the more contentious bills, Assembly Bill 35, gives developers the right to build affordable housing on land zoned for that purpose. This effectively circumvents local City Councils and Boards of Supervisors, which often feel the brunt of opposing neighborhood groups.

“The truth is the vast majority of low-income families live in housing that is not at all subsidized by the government and they have to afford it in some way or another,” Lens said. “We would call it affordable if it doesn’t eat up a ton of their budget.”

Massie explained that the high cost associated with building low-income housing, which can exceed $400,000 per unit, makes funding projects incredibly challenging for nonprofit developers. His projects often depend on six or seven funding sources from federal, state, and local governments as well as traditional banks and private institutions.

“There are so many inefficiencies that make the housing market inefficient,” Massie said. “It truly is not capitalism or it’s some form of capitalism that needs a lot of help. The market should be able to provide housing for all incomes and it doesn’t and that’s why I do what I do to help correct that market.”

One of the potential solutions to Long Beach’s housing shortage is the adoption of an inclusionary housing ordinance. Santa Ana has such a law requiring a developer to include 15 units for very low-income families in every 100 market-rate units built. If a developer elects not to do this, for whatever reason, they are taxed $15 per square foot in their project. These taxes go into a city account used to fund  the construction of affordable housing.

Mayor Robert Garcia said in his State of the City Address on Tuesday the Long Beach City Council will pursue adopting such an ordinance this year.