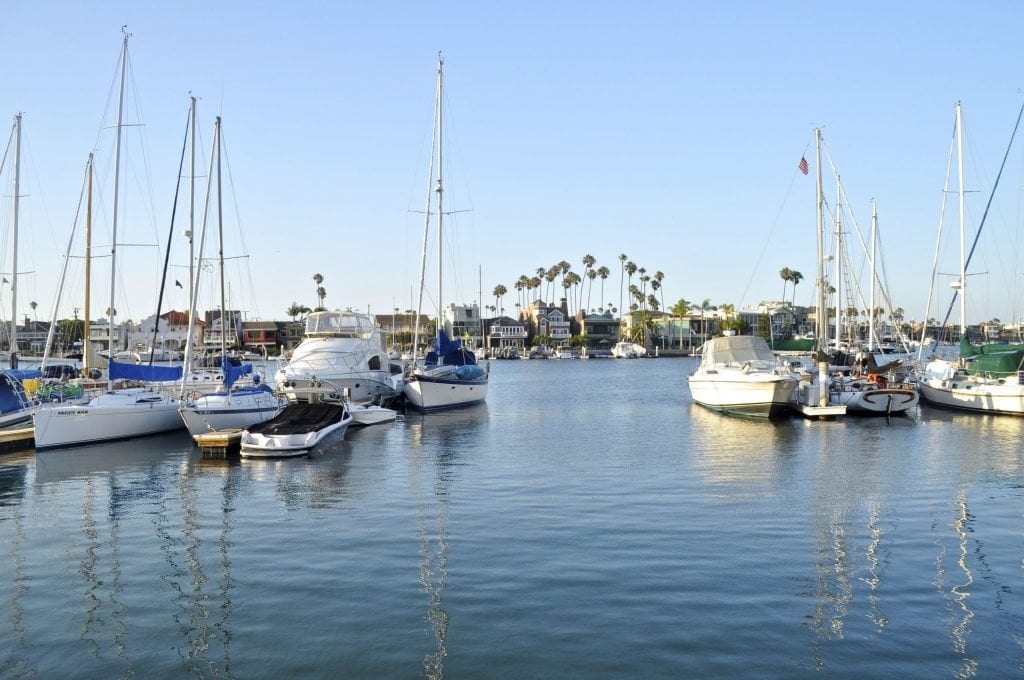 We recently featured The Peninsula in the video below. You don’t want to miss the stunning aerials of The Peninsula and its homes!

Many people do not know much about the beautiful area of Long Beach called The Peninsula. So we’re here to give you the inside scoop on one of Long Beach’s best-kept secrets. For more information on The Peninsula’s demographics, schools, and more, check out our neighborhood page HERE! 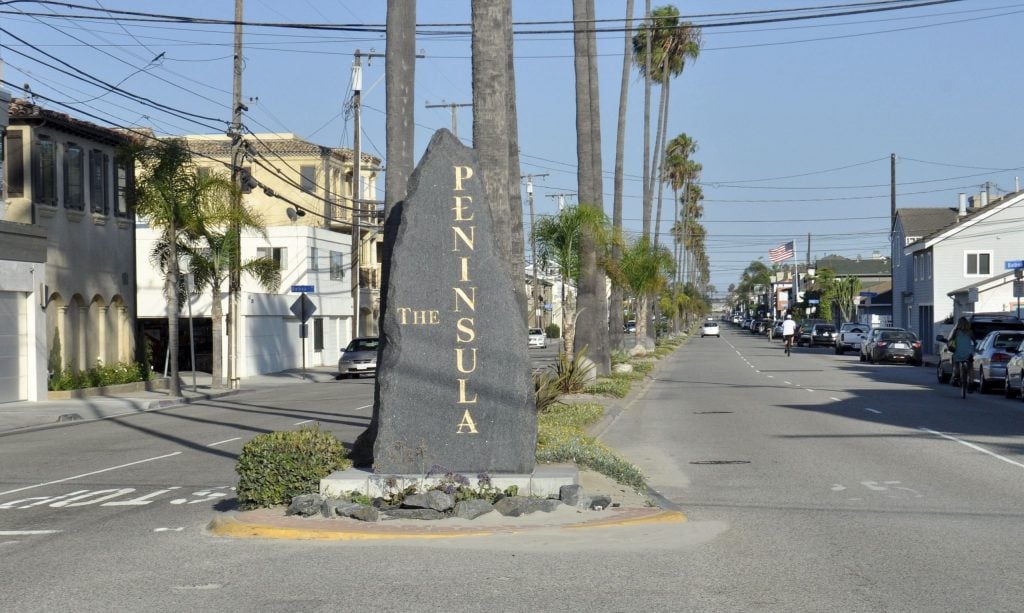 What is the Peninsula?

The Peninsula is truly one of Long Beach’s hidden treasures. This small neighborhood features some of the best beachfront and waterfront properties in Long Beach. Plus it doesn’t have the traffic and busyness of other beach neighborhoods. It has access to both the ocean and the bay, with great locations for paddleboarding, kitesurfing, fishing, and many other beach activities. 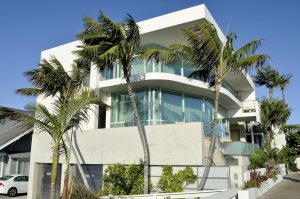 Where is The Peninsula?

This mile-long stretch of land is at the southernmost part of Long Beach and extends off of Belmont Shore. It sits between the Pacific Ocean on one side and the Alamitos Bay on the other. The Naples neighborhood is across the Bay to the north. The city of Seal Beach is to the east across the Alamitos Bay Landing channel and the San Gabriel River. 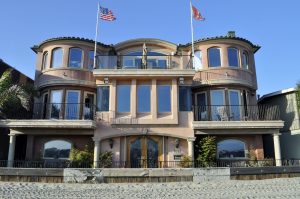 What makes the Peninsula special?

The Peninsula features the best of both worlds when it comes to waterfront living. The ocean to the south is a favorite spot for local kitesurfers and windsurfers because of the low waves caused by the breakwater. Then the bay on the northern side is a perfect spot for kayaking and stand up paddleboarding with its calm, protected waters. The rock jetty at the southernmost end of the Peninsula runs along the Alamitos Bay Landing channel. It’s a very popular spot for fishing and boat-watching as people sail in and out of the harbor to the ocean. There is also a small park located here as well as the Alamitos Bay Yacht Club.

Another small marina is located about halfway down the Peninsula which splits the Bayside beach in half. There is a nice walkway running the entire length of the Bayside beaches (and behind the marina). Ther’s also a wooden boardwalk that runs along the oceanside of the Peninsula. The two walkways provide the perfect place to stroll along the shores and admire the beautiful homes.

Though the area is mostly residential, there is a popular cafe on 62nd Place. It caters to the local neighbors and visiting beach-goers. 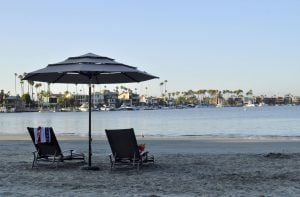 Why live on the Peninsula?

The Peninsula has some of the most impressive beachfront property in the city, with the option of bay-front and ocean-front views. Homeowners here also love that the Peninsula is not as well known as other local beach areas. Thus, the neighborhood is generally quiet and peaceful.

There is a true sense of community among the residents and neighbors are oftentimes very close friends. There is even a neighborhood book swap, where residents leave a small collection of books outside their homes for fellow neighbors to exchange for another book. 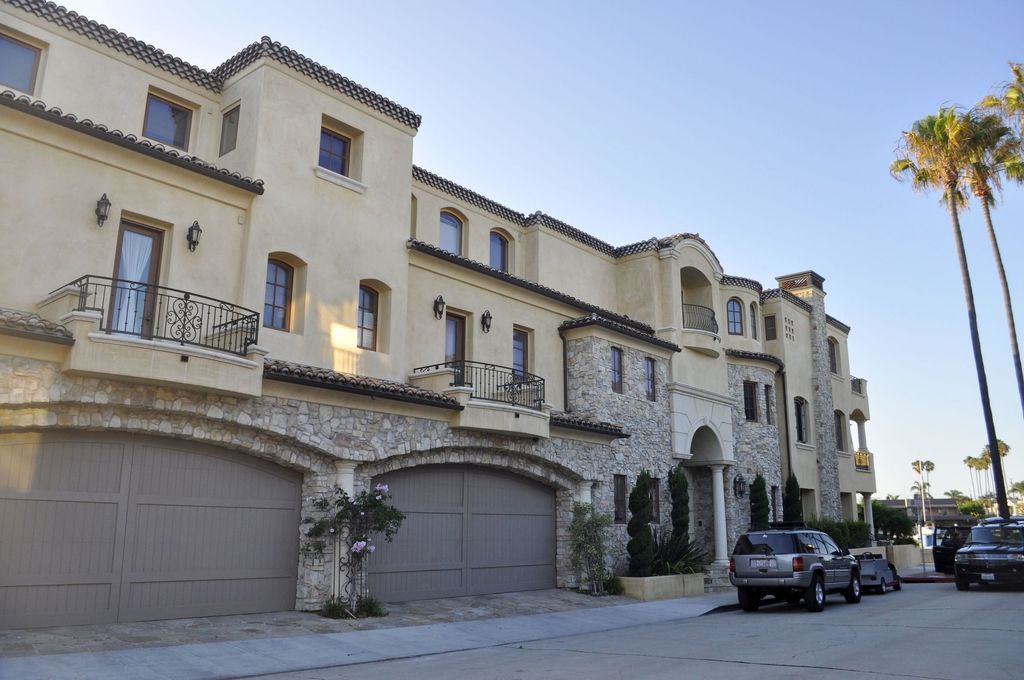 The close proximity to Second Street in Belmont Shore provides residents with easy access to dozens of shops, restaurants, and more. The one downside is the price. Inventory on the Peninsula is low and homes will set you back at least $1 million.

However, if price isn’t a concern, The Peninsula is a great Long Beach neighborhood to call home. It has all the charm of a small beach town while still having all of the conveniences of big city life.

Interested in buying a home on the Peninsula in Long Beach?

Check out these great properties that are currently for sale!