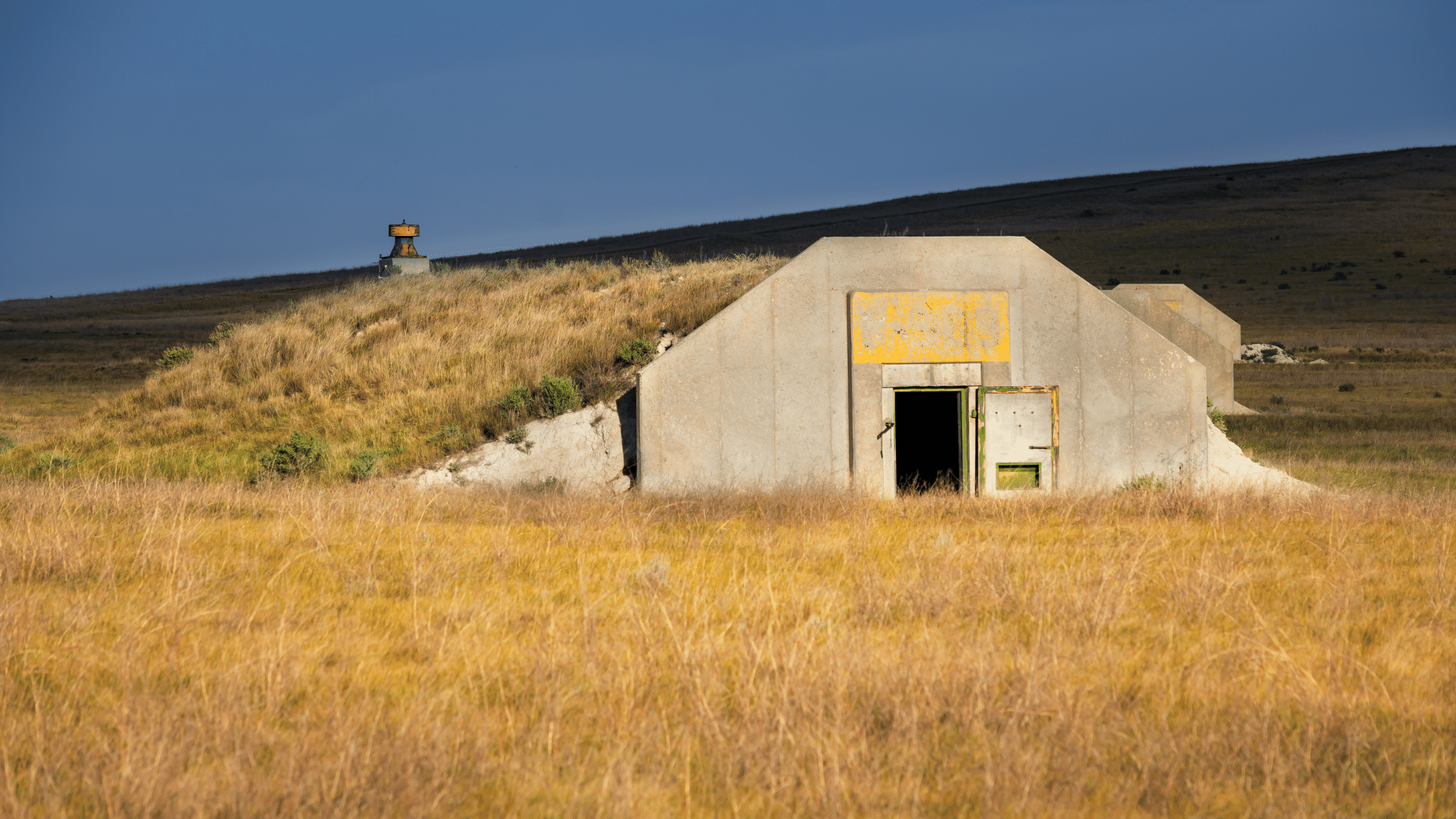 For years, an unassuming home in Las Vegas has been making headlines. From the outside, it looks like your typical home. However, if you look below the surface – literally – there is a whole other house underground! Why? The owners were worried about doomsday. Known as the Las Vegas Underground House, it features a 14,620 SF concrete and steel doomsday bunker. It’s meant to protect its inhabitants from nuclear war and includes a yard, pool, spa, a guest house, and even has fake “views” that look like the outside. Currently, the home is still for sale and you can check out the listing HERE.

While the home is fun to gawk at, it also speaks to a greater theme – people are scared and their homes are starting to reflect that. While zombies and nuclear war have been themes for a long time, the COVID-19 pandemic has given new fuel to the doomsday fire.

Doomsday prep is nothing new. Americans built fallout shelters during the Cold War, then moved on to stocking up on supplies in preparation for Y2K. Of course, our latest example is the Great Toilet Paper Shortage of 2020, a byproduct of the COVID-19 pandemic. In the 1950s and 60s, some homeowners built fallout shelters on their property. The fear of another World War or a nuclear attack made fallout shelters extremely popular. President Kennedy even encouraged citizens to build them. It is estimated that by 1965, around 200,000 shelters were built in homes. Shelters became big business and some companies even encouraged the public to build shelters with dual purposes – like a wine cellar.

Additionally, municipal buildings became fallout shelter ready. You can still see some of these buildings today. Look for the fallout shelter symbol on the side of schools. You may be surprised to find your neighborhood school still has one!

CLICK HERE to see photos of a fallout shelter in a DC school. You can even tour some bunkers today. 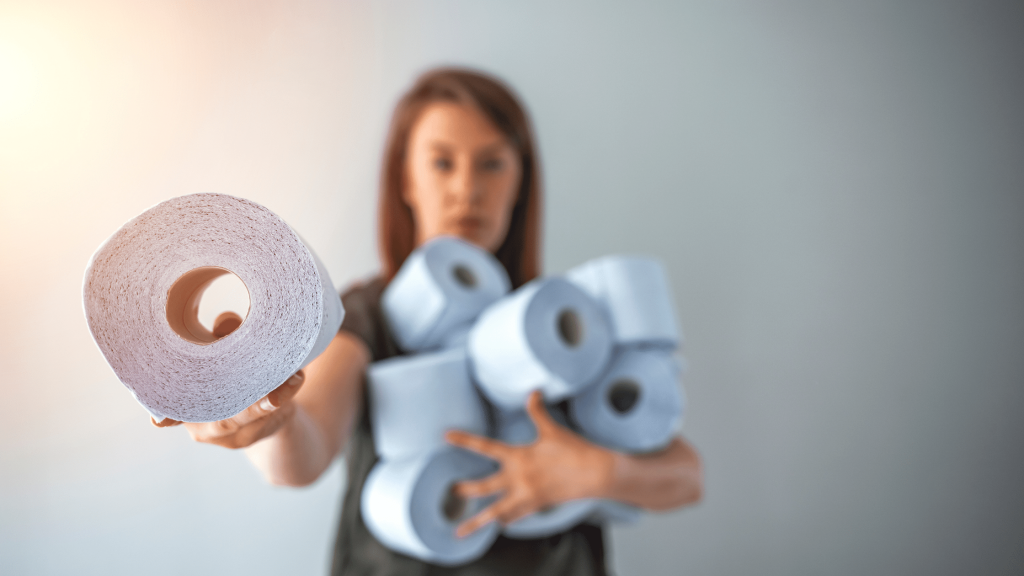 Food is another concern when it comes to doomsday prep. In 1955, the Federal Civil Defense Administration told Americans they should have a supply of food and water to last seven days, in case there was an atomic emergency. They advertised this need through a propaganda campaign called “Grandma’s Pantry.” Why? Grandma always had enough room and supplies for guests! Doomsday food wasn’t exactly gourmet though. Many people stocked up on Hawaiian Punch, Campbell’s soup, Tang, cornflakes, and candy bars.

Concerns over nuclear war and Kim Jong Un’s unpredictability, as well as fears of societal collapse, have reinvigorated survivalists. Top those off with a worldwide pandemic and disaster prep is now a multimillion-dollar business. In March 2020 when the pandemic first began, doomsday e-commerce stores reported they were selling out. These stores sell survival kits to get you through disasters. Preppi is a popular company selling a variety of different disaster kits. They can include food bars, candles, matches, emergency water, etc. Everything is packaged in a sleek, stylish bag. At one point, Preppi was even selling a $5,000 luxury survival kit that included a full-size tent, two sleeping bags, night vision goggles, tools, and more. 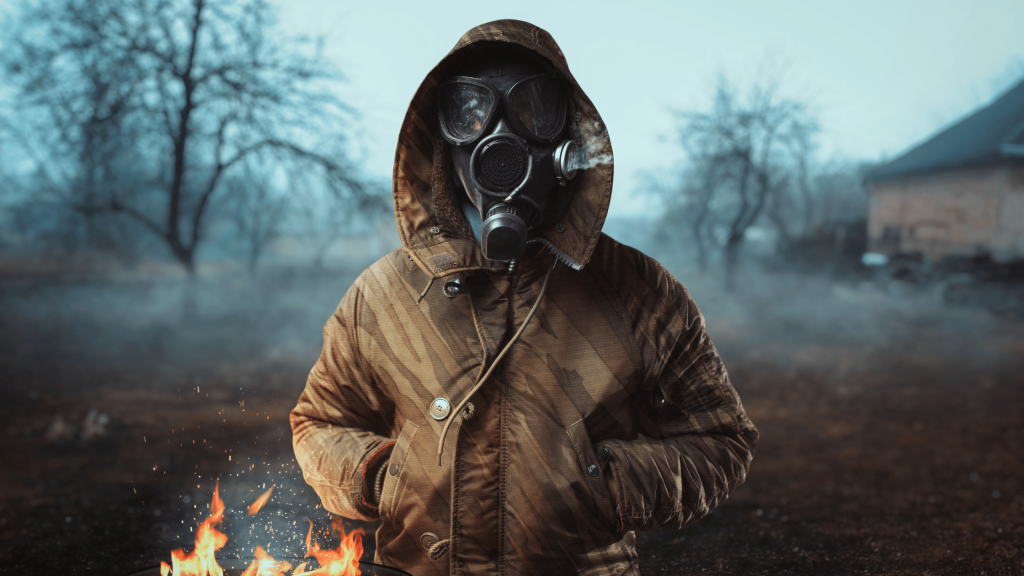 Doomsday Prep for the Home

Some preppers are taking their plans a step further. If having supplies doesn’t make them feel safe enough, they’re also modifying their homes or creating new homes altogether. The Las Vegas home mentioned earlier is a great example of modifying an existing home. However, some homes are now being built specifically with doomsday in mind. In Paradise Valley, Montana, a fallout shelter has been converted into separate apartments to live in after the apocalypse. The whole shelter including the four apartments is currently on the market for $1.725 million.

The expensive price tag on survival supplies and homes means a luxury market is forming. Some disaster homes can set you back $1 million and one converted silo from the 60s costs $15 million! Obviously, conventional loans don’t apply to these homes so only cash buyers have the option to purchase them right now. However, if the $1M cost scares you away, you can look into Vivos Point, one of the largest “prepper communities” in the world. Located in South Dakota, this former US army base has 575 private apartments described as “life-saving shelter for your entire family.” Private units start at $35,000, or you can purchase a bunk in a 16 person shared bunker for $15,000.

Unfortunately, we can’t help you buy a doomsday home. That is not our area of expertise, although it is fascinating to learn about! However, if you’re looking to buy a home in the Long Beach area, we can certainly help with that. Some resources for buying a non-doomsday home are below. Or, you can get in touch by filling out the form. We look forward to speaking with you!